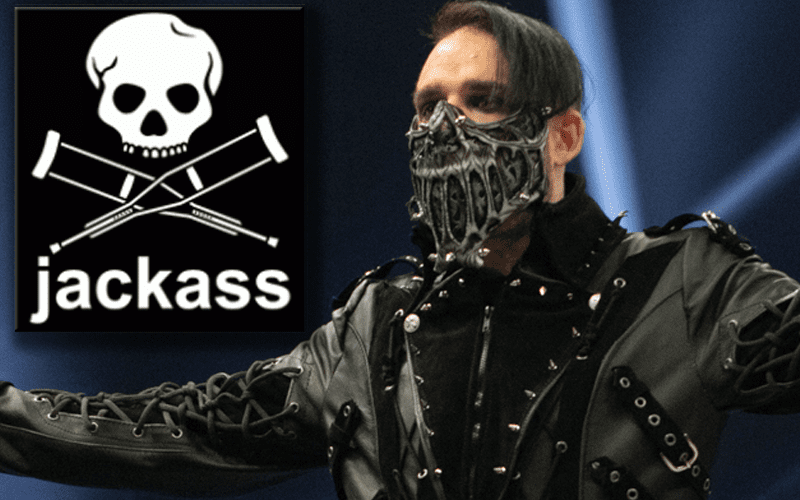 All Elite Wrestling will be introducing a new audience to some pro wrestlers that fans haven’t seen before. This includes Jimmy Havoc.

Havoc became famous throughout the UK and America for his wild hardcore style. He has given AEW fans a taste of that insanity alongside others on AEW’s roster who also thrived in hardcore environment like Darby Allin and Joey Janela. It doesn’t sound like he wants that hardcore aspect to change.

When asked how he will implement this hardcore style by Inside The Ropes, Havoc had a very interesting reply. He absolutely does and explained how he drew inspiration from other wild forms of entertainment like MTV’s Jackass and the British comedy “Bottom.”

“Absolutely. For me, the [reason] why I always do hardcore matches before was like, a lot of the time I’d want to see what I could get away with and how I could create this art in a way that wouldn’t actually hurt me that much but would still be kind of disgusting and a bit f*cked up in the head.”

“Because I love horror movies. So I’d get inspiration from horror movies and Jackass and Bottom. The frying pan thing comes from Bottom. I feel the challenge for me now is how I can do this sort of style of match within the confines of the company I’m in now. My biggest problem is, they’re not telling me what I can’t do yet. So I’m worried that I’m the sort of person who will go, ‘Well, you didn’t tell me I couldn’t do it.’ And I’ll do something and then [it will be too far].”

We’ll just have to see how far Jimmy Havoc will take things on AEW: Dynamite. Tony Khan was pretty adamant that TNT won’t feature too much hardcore action, but after Vince McMahon’s “blood and guts” comment and AEW’s TV-14 rating the AEW roster might have a lot more leeway than before.