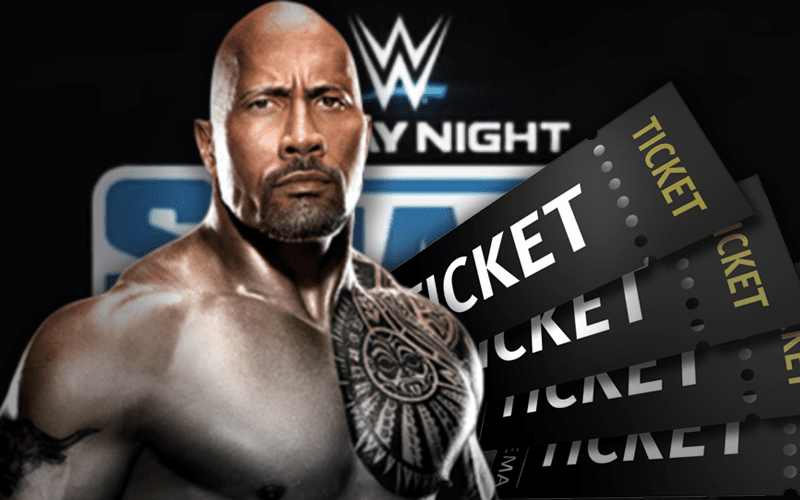 The Rock is appearing on Friday Night SmackDown, but that news was just made official yesterday. As soon as it was announced, ticket prices for the debut Fox show only proved how big of a deal The Rock is.

On the website TickPick, the “get-in” prices for the SmackDown event this Friday have jumped an astonishing 87% since yesterday. At this point the average price is $116 when just a day ago it was $62.

It is also said that 23% of TickPick’s total orders for the event came through yesterday.

If you’re wondering why people are making that big of a deal about The Rock, it is because of this reason. He is a megastar and one of the biggest names in Hollywood. There’s a reason why WWE tried so hard to get him to make this appearance.

Thanks to Jonathan Gluskin for passing this along