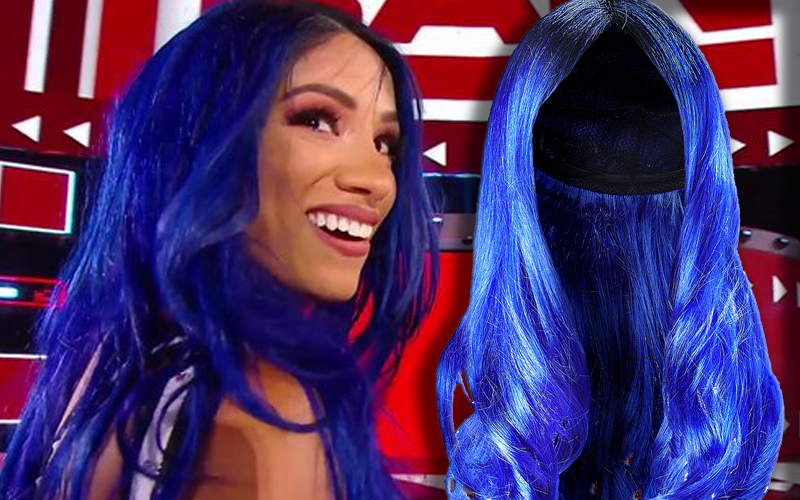 WWE will market just about anything they can. The company obviously realizes that there are a ton of Sasha Banks fans out there who would love to look like The Boss, but they have work in the morning.

Fans all over flipped their wigs when it was revealed that Sasha Banks’ purple hair was a wig upon her return. She revealed blue hair and Sasha stans all over couldn’t help but express their opinion for and against this change.

Now the company is selling official Sasha Banks wigs. These blue wigs will set fans back twenty bucks so they’ll at least get someone through a Monday Night Raw taping, or a trick-or-treat outing for Halloween.

You can check out a screenshot of the wig below. It is interesting how they never sold purple hair for Banks in an official fashion. So apparently, her blue hair was a big hit.