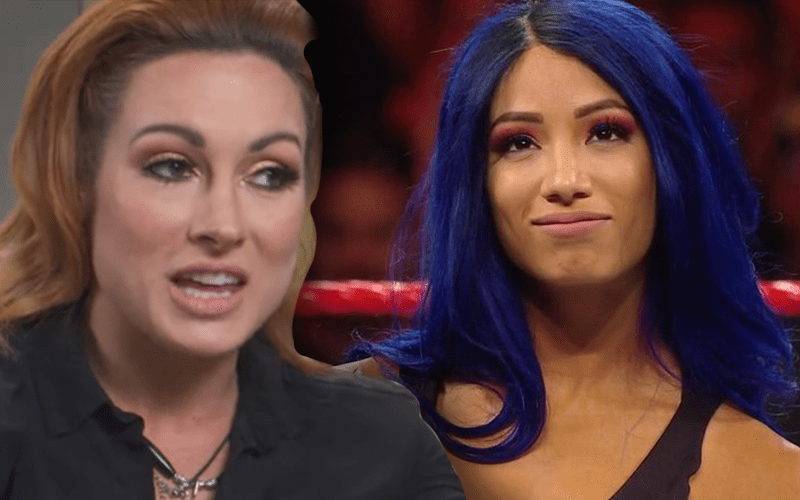 Sasha Banks gets very angry and she’s not afraid to show it. Becky Lynch understands that all too well, but it won’t stop her from poking fun at the faces Banks makes when she’s irate.

There was a pretty great screen shot during Raw this week which captured a fan standing behind The Boss with a very shocked look on his face. It is funny because when compared to the face Banks is making in this photo we’re left wondering who’s actually photobombing here.

We’ll have to see what WWE has planned for these two at Hell In A Cell. Odds are they are not going to take it easy on each other and unless WWE books more matches for the show they could have a very lengthy confrontation as well.