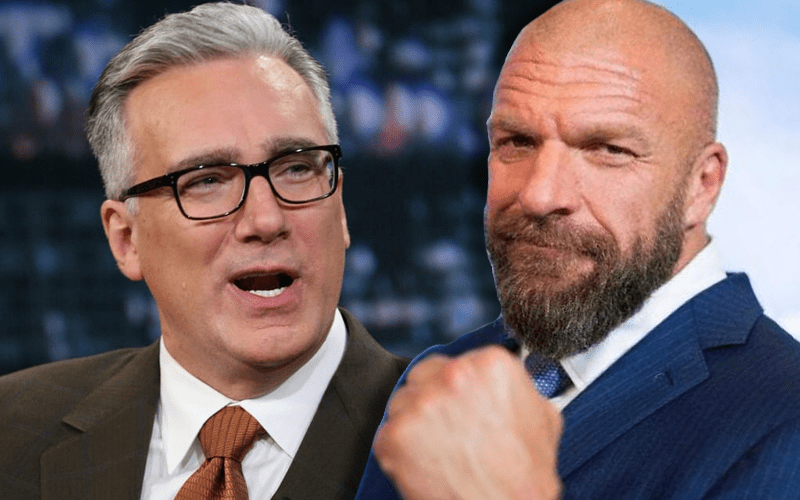 WWE is getting a lot of attention from FOX and fans all over are loving the crossover efforts, but Keith Olbermann was not a fan at all.

We previously reported how Olbermann dissed Braun Strowman for appearing on a FOX Baseball game. This was followed by some big backlash from the IWC and Braun Strowman.

Fox 10’s Matt Galka recently asked Triple H what he thought of those statements. He obviously heard them and he didn’t appreciate the remarks, but he tried his best to keep things civil.

“Here’s what I equate that to,” Triple H said. “If you’re an old dude, sometimes a movie comes up like Iron Man and you go, ‘are you serious? Cartoons? Comic books? Are you serious?’ That’s where people were 20 years ago and now it’s the biggest thing in movies.”

“Dinosaurs die out. The world changes and if you don’t change with it then you become extinct, just like the dinosaurs. So Keith, don’t be a dinosaur or you’ll be extinct too.”

The times are changing and some people who would normally throw shade at WWE for being sports entertainment might need to embrace the “sports” aspect of it.

FOX spent a ton of money and will be hosting WWE programming for half a decade with their new deal. That might be something to consider from now on for any commentators that might want to besmirch WWE getting such mainstream attention.