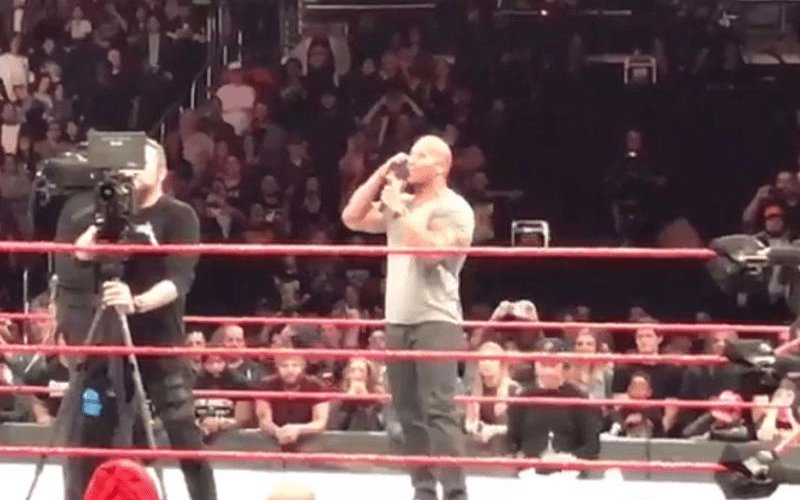 CM Punk doesn’t appear to have any interest in wrestling again. The film “Girl On The Third Floor” which he stars in is getting wide acclaim so that seems to be his focus. It never hurts to joke it though.

The Rock tried to call CM Punk the last time he was in the Staples Center. He was shooting “Fighting With My Family” and the crowd kept chanting “CM Punk” because Zelina Vega was playing AJ Lee in the film. This is when The Great One just called CM Punk, but he couldn’t pick up the phone.

While appearing on KROQ, CM Punk jokingly asked if SmackDown was tonight. Then The Rock’s name came up and he threw out another joke that The People’s Champ just might have to take him up on.

“I enjoy The Rock, I do. And I’m not trying to put this out… gee, hopefully people don’t do this, but do you remember the last time The Rock was in the Staples Center?”

“Let’s do it again. When is this show, next Friday? Dwayne, call me Friday,”

We’ll just have to see if Dwayne Johnson takes CM Punk up on his invitation. SmackDown is already loaded with guests and segments this week so it’s not likely to be a long phone call if it happens.