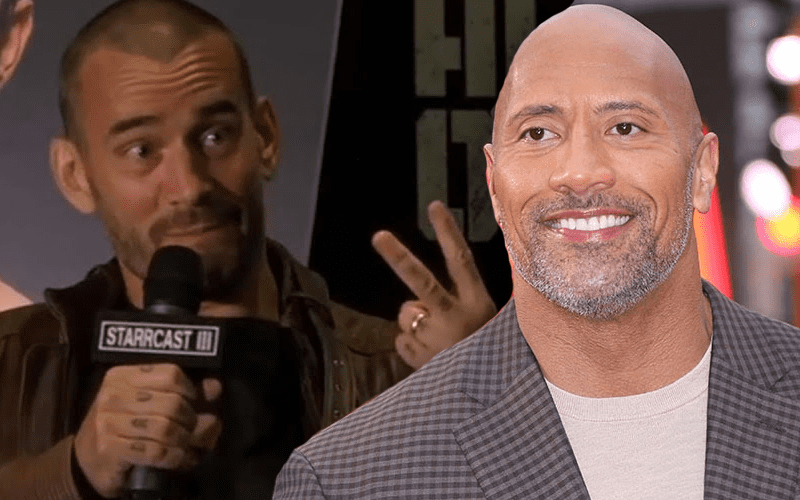 When The Rock was busy filming a big scene for Fighting With My Family, he decided to give CM Punk a call. At the time, Dwayne Johnson was in the middle of the Staple Center as it was full of WWE fans.

CM Punk was asked about this story during his Starrcast III appearance. He said that he was in an elevator trying to take his dog Larry for a walk at the time when The Rock called him. Since he had no cell phone reception in the elevator, he missed The Great One’s call.

When he got out of the elevator, his phone was blown up with messages telling him to pick up the phone. He didn’t know who was calling him, but he later realized it was The Rock after thinking that someone had died.

It seems like he took this event with a lot of humor. Punk later joked that he should call The Rock while live on the Starrcast III stage. Of course, he didn’t call The Great One, but it was a great joke.

CM Punk did say that a couple text messages he received were from old friends in WWE telling him “it’s crazy back here right now. There’s a couple broken headsets, sh*t’s flying everywhere.”

The Rock might have upset some people in WWE by calling CM Punk from their ring, but the Second City Savior gave a ton of credit to The Rock for capitalizing on that moment and getting a great shot for his movie.