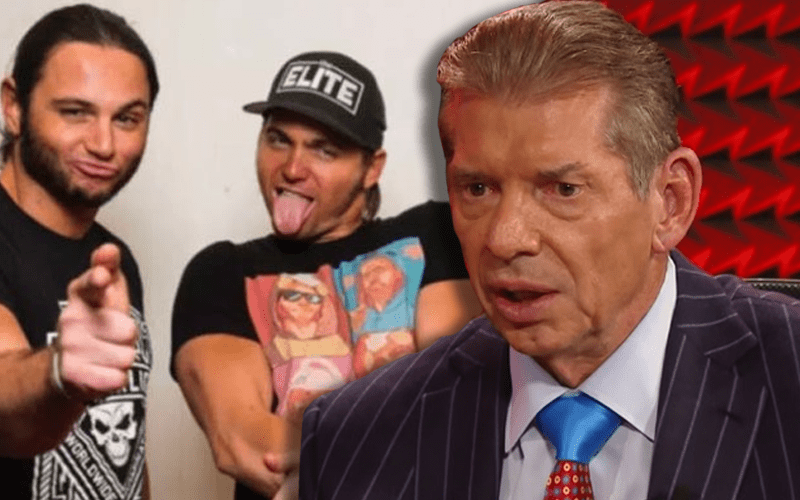 Vince McMahon has his own way of going about things and not many people can tell him otherwise, especially when it has to do with pro wrestling.

It appears that tag team wrestling hasn’t received the spotlight that others believe it could receive in WWE. Fans aren’t the only ones who notice as The Young Bucks certainly paid attention to this fact. That might have been a contributing factor to why they rejected fat WWE contracts.

While speaking to Bleacher Report, Nick Jackson discussed Vince McMahon’s proclivity to hate tag team wrestling and how AEW is looking to go a different direction.

“For some reason, whatever it is, Vince McMahon just doesn’t like tag team wrestling. And for 20 years now, he’s controlled the mainstream market in wrestling. It’s become a lost art form because of that. I think we’re gonna change that come October 2 because we have the best tag teams in wrestling. We’re gonna focus on it more so than anything you’ve seen in 20 years. Don’t be surprised if a tag team match is the main event on TV multiple times a year.”

The biggest issue is that Vince McMahon’s company has been the only pro wrestling that a lot of people have seen for the past twenty years. This is something that All Elite Wrestling is certainly looking to change as they debut on TNT this Wednesday.

The fact that AEW is starting things out with a World Tag Team Tournament is also a good sign that they will quickly introduce fans to a side of tag team wrestling that they might have never seen before.