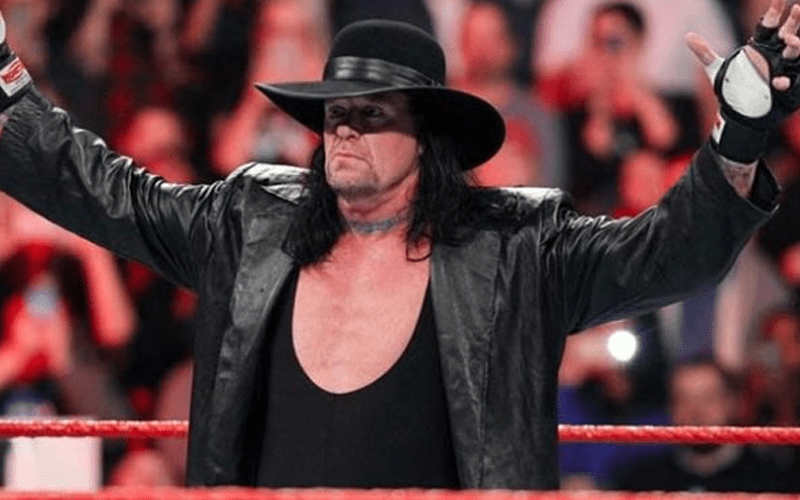 The Undertaker isn’t leaving WWE any time soon. He reportedly signed what is essentially a lifetime contract with the company. That being said, WWE wants to lock down anything that has to do with The Dead Man.

Recent SEC filings show that WWE has applied for a trademark on “The Phenom.” This is the nickname that The Undertaker has gone by for decades.

WWE really didn’t like the fact that Conrad Thompson registered a trademark for “Dead Man Talking.” This was followed by them pulling Taker from his Starrcast II appearance and signing him to his new deal.

We still don’t know when The Undertaker is going to wrestle again, but when he does there will be no issues in calling him “The Phenom” if WWE can successfully lock that name down.