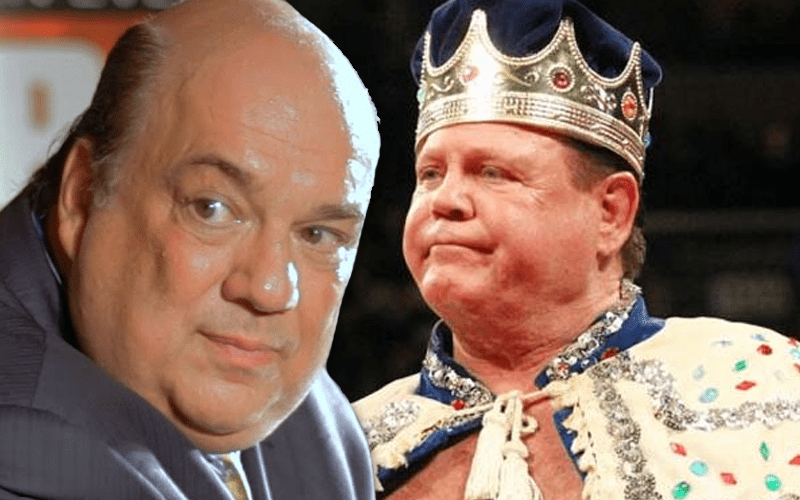 Jerry “The King” Lawler will be joining the RAW announce team once again, but it’s only a temporary replacement. We’ll have to see who WWE chooses to fill his spot.

The decision to bring in Vic Joseph and Dio Maddin was Paul Heyman’s call, but he didn’t decide on Lawler. This could be why The King is only in this role for a short stay.

“[Paul Heyman] didn’t want Lawler, but Lawler is in there right now, but Lawler’s temporary. There’s another guy and I don’t know who it is, it might be Nigel. If I was gonna… you know I don’t know it’s Nigel, but if I read the tea leaves right I would think if it were my guess it would be Nigel. Nigel’s great so, but [Heyman] wanted a whole new announce team.”

Jerry “The King” Lawler’s name could be enough to interest some fans to tune in just because he’s on the show. It won’t be a long-term role, but exactly how much time Lawler will be staying on RAW this time around isn’t exactly clear either.