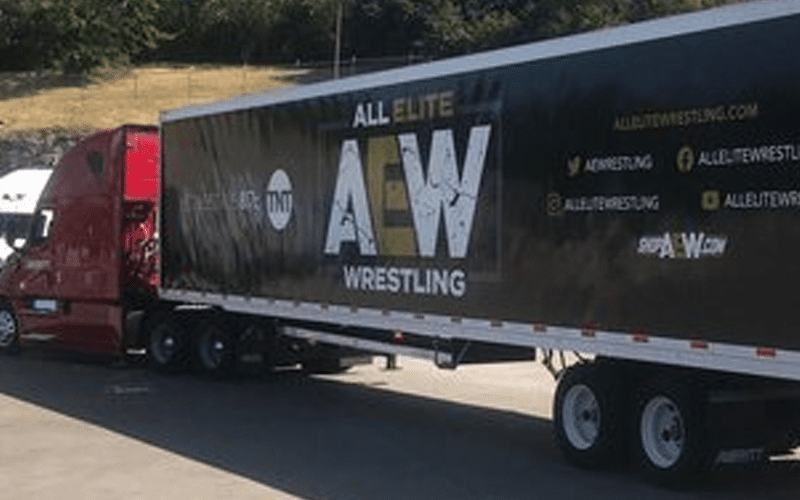 AEW is gearing up for the October 2nd debut on TNT and plenty of fans are very excited to see what will happen next.

All Elite Wrestling will be hauling a lot of things around the country for their weekly television production so they need some trucks. There was a bit of controversy raised about the fact that Cody Rhodes and Brandi Rhodes were featured on AEW’s first truck. Then Nyla Rose and Hikaru Shida were spotted on a second truck.

See you in DC!

We’ll have to see who ends up on a truck next, but at this point the AEW truck count is up to three.