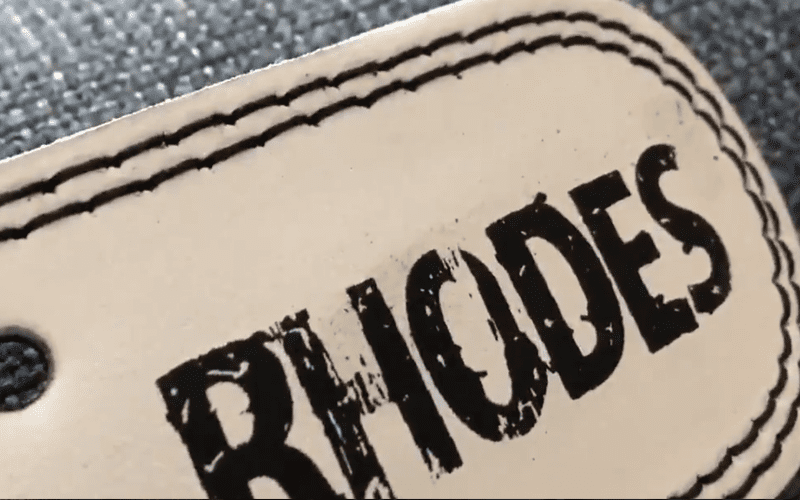 All Elite Wrestling: Dynamite is coming this Wednesday and Cody Rhodes is in the opening match of the show against Sammy Guevara. The American Nightmare will also be sporting some new gear.

Rhodes is known for his weight-belts and sometimes they even become part of the match. He had a brand new one made up for AEW’s TNT debut and it is rather eye catching.

To be fair, it appears Cody had a couple of weight-belts made up, but the one that says “AEW on TNT” is the focal point of the video.

We also find it interesting that Cody has “Rhodes” on his weight-belt since he is not known as “Cody Rhodes” on television because of issues with WWE’s intellectual property.

We will have complete coverage of All Elite Wrestling: Dynamite right here at Ringside News. The pro wrestling world is about to get a lot busier. We are preparing for the Wednesday Night Wars in a big way and can’t wait to see what happens next.