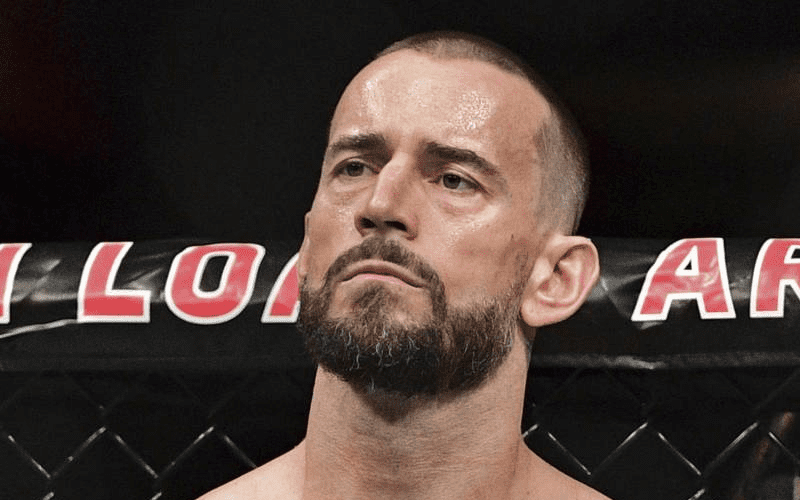 CM Punk appeared at Starrcast III and he had a great time, but that had nothing to do with All Elite Wrestling. As it turns out, AEW might not be too interested in having him aboard now.

During Wrestling Observer Radio, Dave Meltzer brought up CM Punk’s relationship with AEW. Apparently, they were disrespected by what CM Punk said about them and the bridge might be burned already.

“The master strategists in wrestling have told me the best thing that CM Punk can do is sit. Because in February even though AEW told me they’d never work with him and I believe that to this day — come February there’s gonna be two sides that are gonna want him.”

It was reported that AEW told Meltzer that they wouldn’t work with CM Punk after he did the interview about getting a contract offer via text message.

“My thought is that you never say never, but it would be difficult for Vince too, but yeah, it was pretty much told to me that [AEW] would never [sign CM Punk]… they felt very disrespected by what he said and they should have. If you know what the real story was and I can’t go into to too much detail, but I do know it and yeah, it’s Punk. I mean, he’s a martyr and he, you know I don’t know why he felt like he needed that enemy, but maybe he felt he did to… who knows? Maybe he was mad over something, you know I can’t figure out how he’s always wired, but you know it’s a surprise, but we’ll see what happens.”

All Elite Wrestling must not have appreciated the idea that CM Punk would talk about them like he did. His interview didn’t make AEW come off in the best light as he made it sound like they are a company that conducts business in less than professional ways.

In the end, CM Punk is free to do whatever he wants. We’ll just have to see if he accepts an offer to work on “WWE Backstage” because he’s likely to receive one.