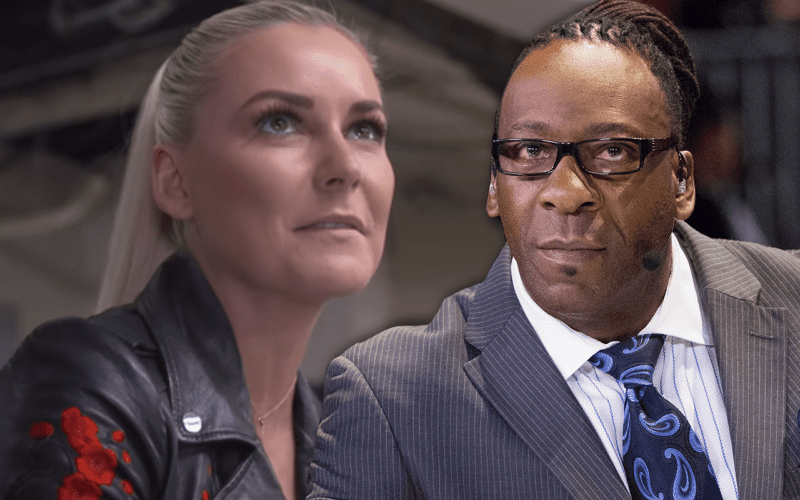 WWE Backstage will debut on FS1 starting on November 5th giving WWE fans only a few precious Tuesdays during October when they don’t have a television commitment.

This studio news show has been discussed for a while, but now with the official announcement, Renee Young and Booker T can finally discuss their involvement.

In WWE’s official announcement of the new show, Renee Young described it as a “wrestling show for wrestling fans.” This show will not discriminate between hardcore and newer fans as they promise a fun, loud experience.

“WWE Backstage is a wrestling show for wrestling fans. From hardcore fans to people new to wrestling, we’ll give them a little bit of everything. It’s going to be fun, it’s going to be loud, we’re going to give them a ton of opinions and I can’t wait to help spread the word about SmackDown coming to FOX.”

Booker T will be co-hosting this new show and he described how great it is to be part of the Fox family.

WWE producing their own studio news show will be very interesting indeed. Transparency could always become and issue, but as Young promised to appeal to hardcore fans you have to wonder how much of a look they will give fans behind the curtain.