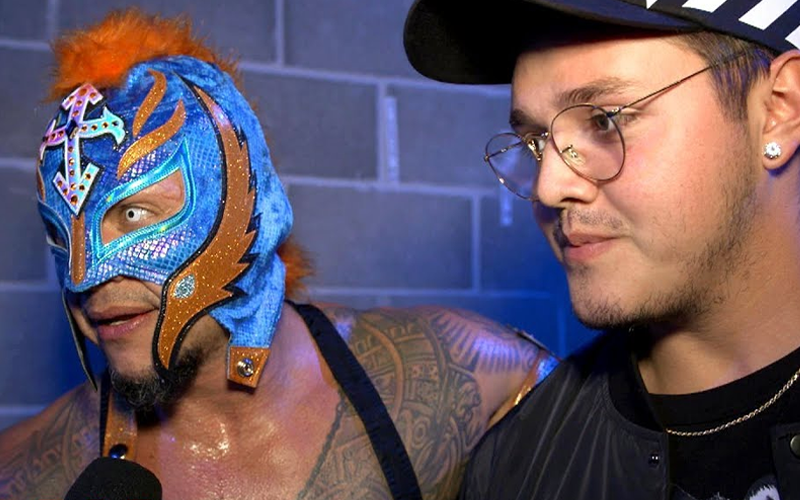 Rey Mysterio won the big fatal five-way match last night to become #1 contender for Seth Rollins’ Universal Title. He spoke after the match about his inspiration which was his son Dominic.

Dave Meltzer noted on Wrestling Observer Radio that although WWE is bringing Rey Mysterio’s son back into the storyline it’s not likely that anything will come of it right now.

“I don’t think they’re gonna do the think with Dominic until WrestleMania season probably, so yeah, it’s a slow build.”

Dominic has a lot of potential and he did receive in-ring training from Lance Storm. He knows the ropes, but we might not be able to see what he can do until a later date.

It’s good to know that WWE hasn’t lost sight of bringing Dominic in which is something that is likely going to eventually involve his father.