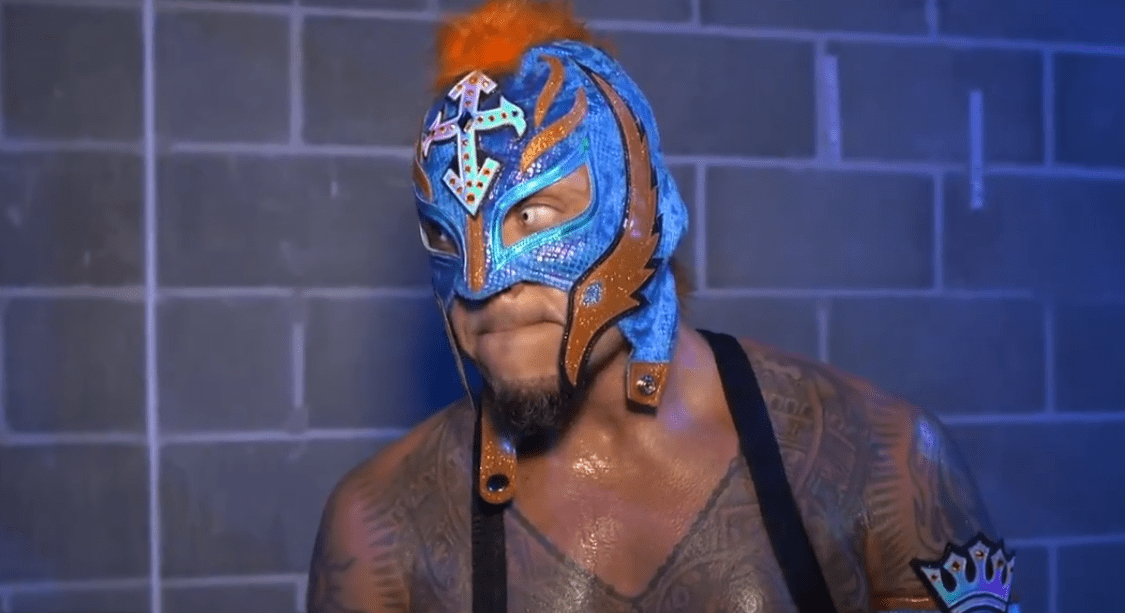 WWE is stacking a loaded show for their season premiere and this will include a Universal Title match. Five men fought for the opportunity to face Seth Rollins this week on RAW and Rey Mysterio emerged victoriously.

It’s been a while since Rey Mysterio had a shot at a top title in WWE. Next week all that will change. When asked how he felt about his match next week, Mysterio was feeling nothing but inspirational.

He gave it up for the four men he had to beat tonight and then he brought in his own inspiration, his son Dominic.

Rey Mysterio said he’s honored to have his son next to him and he thanked Dominic while saying “he’s going to be bigger than his old man.”

Before closing out the interview, Mysterio also said that Eddie Guerrero’s presence was certainly there as well. Mysterio dedicated his first WWE Title win to Guerrero and if he is able to pull down the Universal Title next week he will do the same. Let’s just see if the match even has a finish without The Fiend getting involved during the go-home RAW before Hell In A Cell.