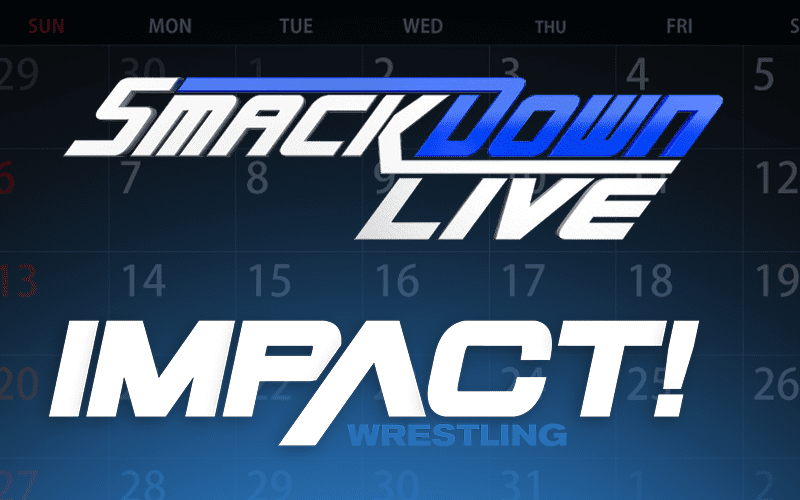 We previously reported that Impact Wrestling was likely moving off of Friday nights. Since WWE SmackDown is moving to Fridays on Fox, Impact Wrestling appears to be taking the blue brand’s old time slot.

Impact Wrestling’s Bound For Glory event will take place on October 20th with a “This Is Impact!” special on Tuesday, October 22nd which will recap the company’s biggest pay-per-view event of the year.

“This Is Impact!” will include “profiles on Impact Wrestling’s biggest stars and exclusive non-televised matches from ‘Bound for Glory,’” according to the AXS TV announcement.

This is very interesting timing as Impact Wrestling will begin airing on AXS TV on the first Tuesday after SmackDown’s move to Friday nights. They will also occupy the exact same time slot that the blue brand used to have only it will be on a different network.