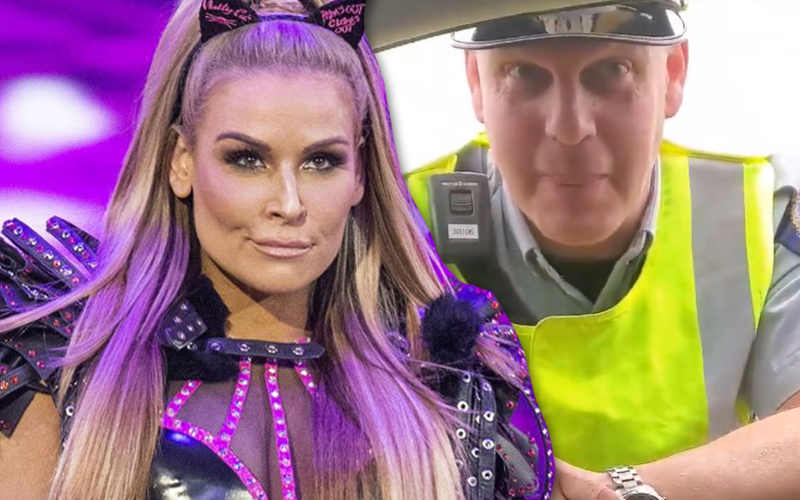 Lacey Evans has a knack for staying in character. There is a reason why so many people turn out to see her at meet & greets because they know they will be meeting the Lady Of WWE.

Evans recently showed some real bravery as she cut a promo on a Canadian police officer for giving her a speeding ticket. He claimed not to know who Evans was, but Natalya spoke up about this incident and had a much different story.

Yeah he knows exactly who you are… that’s my cousin, b*tch.

Don’t you know the Hart’s run Canada? Good luck getting through customs, my aunt is waiting for you.

You can clearly read that the police officer’s name tag says: GM Brettell, but he could always be a distant cousin of Neidhart’s.

This is pretty funny and even if Natalya and that cop really aren’t cousins, at least she got to call Lacey Evans a bitch. By the way, Natalya totally censored herself in her own tweet.

Let’s just see if Lacey Evans has any more encounters in Canada with one of Natalya’s many family members.