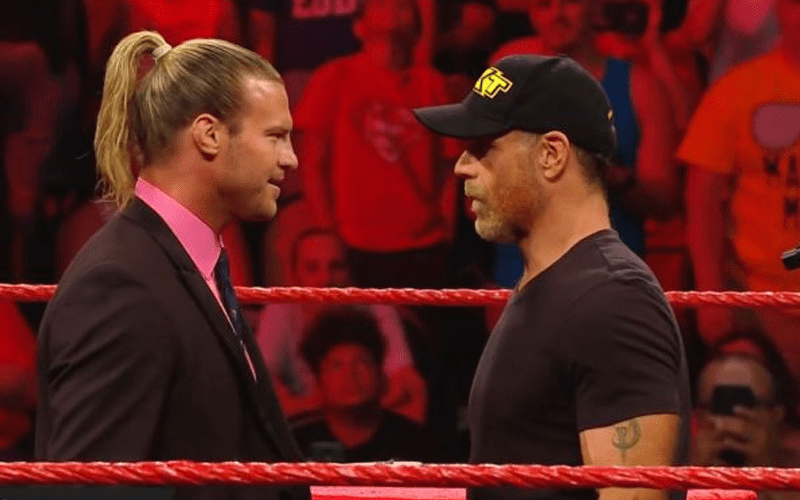 Dolph Ziggler was on a roll running through SummerSlam. He trashed WWE Hall Of Famers and legends left and right, but then Shawn Michaels showed up just in time. Eventually Goldberg would shut The Show Off up.

While speaking to State Of Combat, Shawn Michaels revealed that there were actually no plans for him to face Dolph Ziggler.

Fans might have thought differently, but in the end, HBK was simply being a good employee and doing what WWE asked of him to participate in the angle.

“I never know when the phone call is going to come and I’m going to jump on a plane. I was just sort of doing what I was asked to do. If nothing else, with all these years later, after 30 years, I’m a pretty good employee. I just do what I am told, so to speak. It was fun to do but there was absolutely no thought of me and Dolph or anything like that. It was always going to be Bill Goldberg, but perhaps they needed somebody to light the fuse for Dolph Ziggler in that respect and I was the guy to do it as best as I could.”

We’ll have to wait and see if Shawn Michaels will ever wrestle again. He doesn’t seem to consider his tag team match in Saudi Arabia as a real return to wrestling at this point. Dolph Ziggler wasn’t in the cards for The Heartbreak Kid, but you can still never say never in WWE.