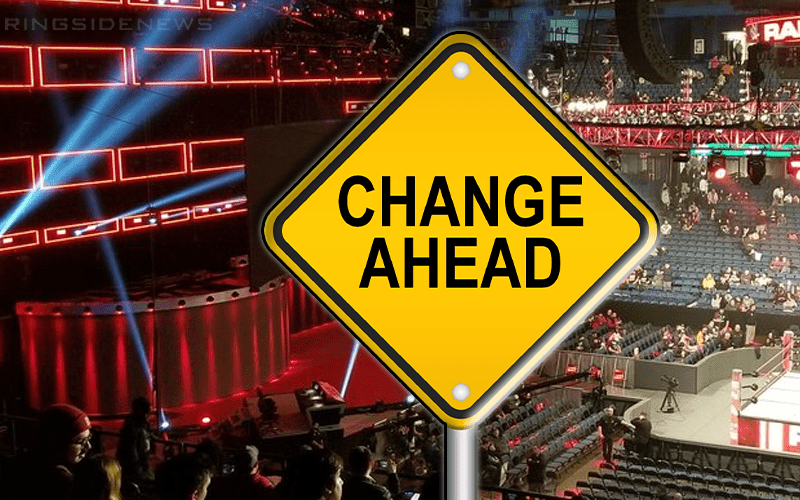 WWE has been planning their new television contracts for a while and it looks like we’re going to get a brand new look to RAW and SmackDown.

We’re already set to get new announce teams and now Wrestle Votes reports that WWE is also set to change the entire sets next week.

This means that fans should probably say goodbye to the current sets during the show. It will be interesting to see if WWE pulls off another set destruction angle to make it a part of the storyline.

This coming week of TV is the final week with the current entrance stage. Both RAW & SmackDown are getting an updated, fresh feeling set.

We’ll have to see what happens with these new stages. We heard a rumor that WWE could have been considering another SmackDown fist on their set, but that plan could have always been nixed.