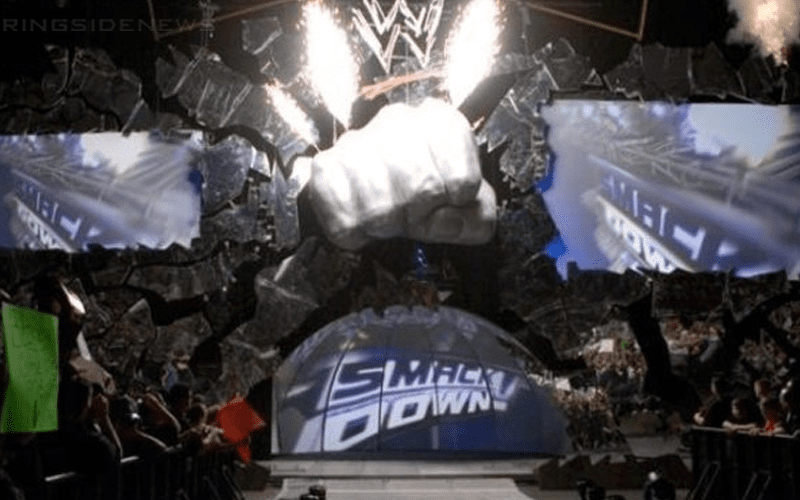 WWE’s move to Fox will mean plenty of changes are coming for SmackDown Live. One of those ideas is apparently going to include a new set and a throwback feel as well.

Nostalgia is paying off in a big way for WWE. They make a lot of money off of people remembering the kind of wrestling they used to love. Although WWE won’t be stepping back into the TV-14 mindset any time soon, it sounds like they might be giving off that appearance with a new/old set.

Brad Shepard reports that the current plan for WWE’s new SmackDown Live set is to feature a return of the SmackDown fist.

As I previously reported, a new set with an Attitude Era-feel is coming to #WWE #SDLive on Fox. I’m told the plan is for the new set to feature the return of the Smackdown fist. The fist is currently ready for use and in storage. #OYDKWS

The legendary fist is still tucked away in WWE’s warehouse and hasn’t been seen for a very long time. However, they could always bring it back even though they haven’t for many special episodes throughout the years.

Whether it is the original fist making a return or a new, lighter incarnation the idea is definitely piquing our interest.