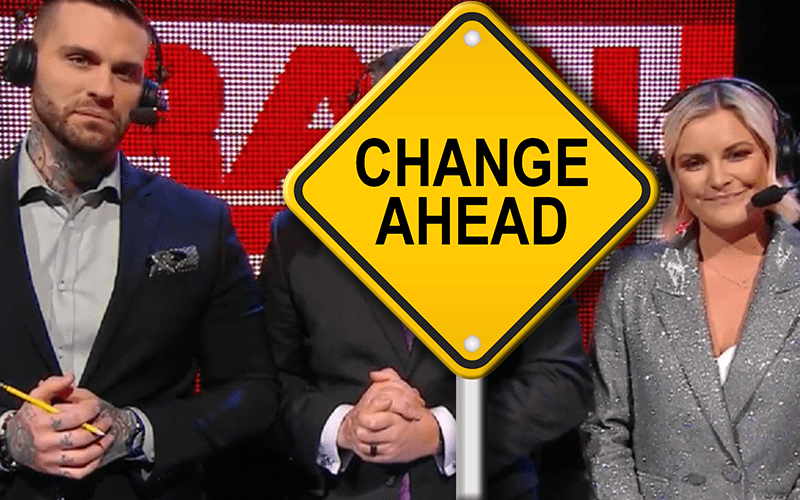 WWE is changing a lot about their television structure and it looks like new commentary teams are happening.

We previously reported that Michael Cole and Corey Graves are expected to make a move to Friday Night SmackDown on Fox. Renee Young will be hosting the new WWE FS1 studio news show as well.

Wrestle Votes reports that WWE is bringing in two fresh faces to do Raw commentary.

I’ve been told that the plan as of now for RAW’s announce team is:

Brennan Williams played NFL football, but he soon ended up in NXT. Now his commentary skills are going to be put to good use. Williams recently debuted on 205 Live commentary. It’s unclear if he will keep both gigs.