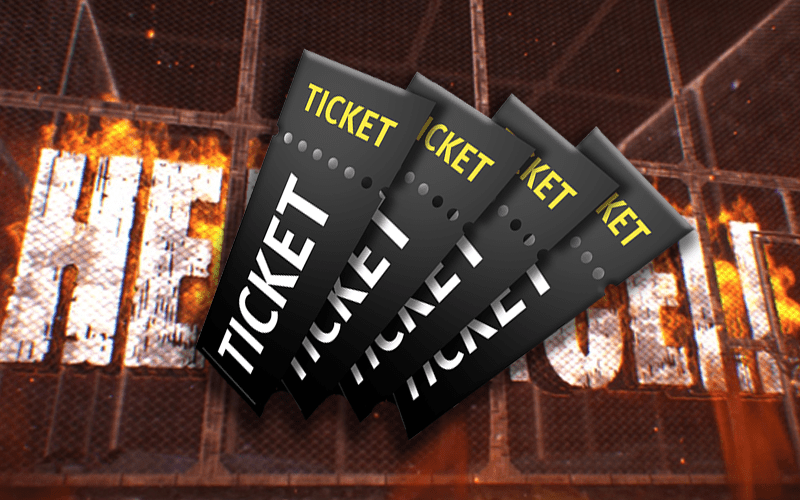 WWE will be holding their Hell In A Cell pay-per-view with only three weeks to push for the event on October 6th. This might not be the best news for their ticket sales.

The Golden 1 Center in Sacramento, CA will host the 2019 Hell In A Cell pay-per-view, but tickets are moving very slowly. Perhaps that is why they revealed that Bray Wyatt’s Fiend will be wrestling the Universal Champion at the event.

The Wrestling Observer Newsletter noted that WWE is only selling six of the twenty-two available upper deck areas in the arena. This is being done to encourage fans to purchase tickets at a lower level, preferably within the camera’s vision.

It is also reported that “there were 781 secondary market tickets out with an entry price of $43.” The company isn’t even selling the three lower sections on the hard camera side to create an illusion that every seat is taken when you see it at home.

This is certainly a bit troubling considering how historically hot for pro wrestling that market has been in the past.