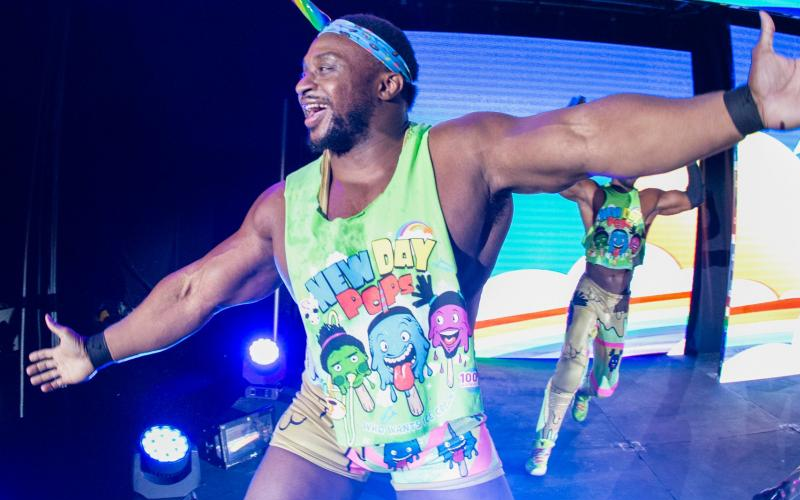 Big E is incredibly gifted in the ring, but some fans think his finishing move needs work.

While speaking to Fightful, Big E opened up about those fans who don’t appreciate his Big Ending. He equated it to a “body cutter” and then just summed it up that people need to quit complaining and just be entertained.

“Yeah, and like, how does shooting someone into the ropes and having them come back work? How does any of this work? Like, it’s an RKO to the body. It’s a body cutter, that’s all it is. And people love the RKO. Are necks being broken during the RKO? Are guys being knocked out unconscious because—what are we doing? Just be entertained. If you don’t like it, watch something else. It’s fine!”

It doesn’t sound like Big E is going to fret much about people who have an issue with his finishing move. He described the move pretty well, but that still probably won’t stop some fans from taking their digs at the Big Ending.