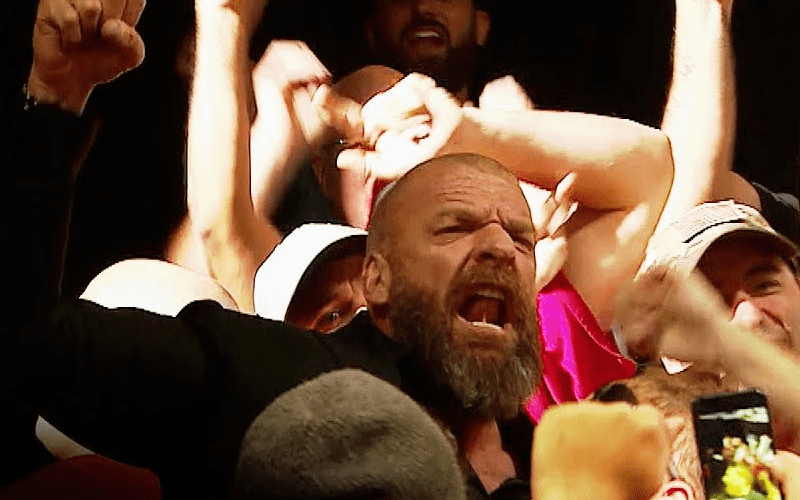 WWE debuted their NXT program on the USA Network last night and fans really had a lot to say about it. Triple H wasn’t at a loss for words either.

Despite the fact that fans couldn’t log on to see what happened during the second hour due to the WWE Network failing them, everyone seemed to enjoy the show.

We previously reported that Triple H came out to address the Full Sail Arena crowd following NXT’s big show. Then he jumped in the audience and took a selfie.

WWE has released this footage and it’s as crazy as it sounds. Fans were overjoyed to have The Game in their midst as they crowded in for a selfie with WWE’s COO.

Triple H cut a promo for the live crowd praising them for being with NXT every step of the way. They helped create something amazing and now the rest of the world will get to enjoy it on a much larger scale.

You can check out the clip below or click here if you’re having issues watching the video.