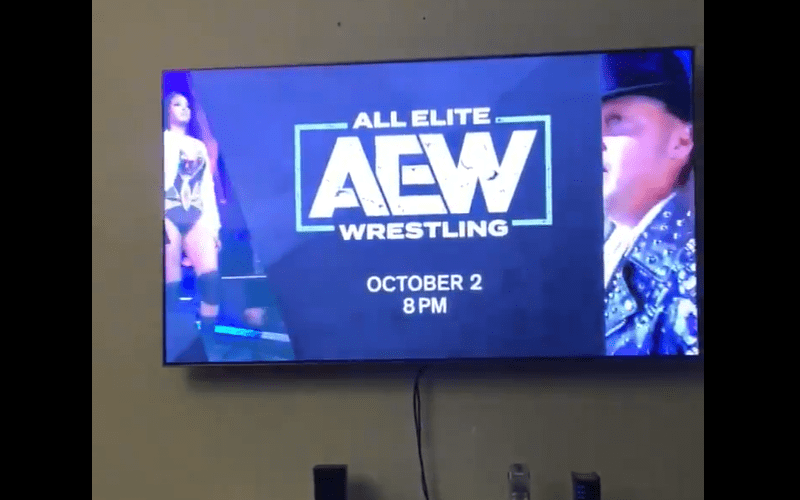 AEW is excited about the possibilities that await them on TNT and they want to inform every wrestling fan they can about their new show.

We previously reported that All Elite Wrestling bought up television commercial time during WWE programming on the USA Network. It happened again last night during NXT.

Fans were treated to an AEW commercial to inform them about exactly what is going down on October 2nd. This is a very interesting promotional strategy for All Elite Wrestling and it’s obviously targeted.

All Elite Wrestling also ran advertisements before Hobbs & Shaw in movie theaters across the country.

We’ll have to see if AEW keeps this up. We can only imagine that they will continue to run ads during WWE programming if they can. After all, they’ve done it twice now and the Wednesday Night Wars are just heating up.