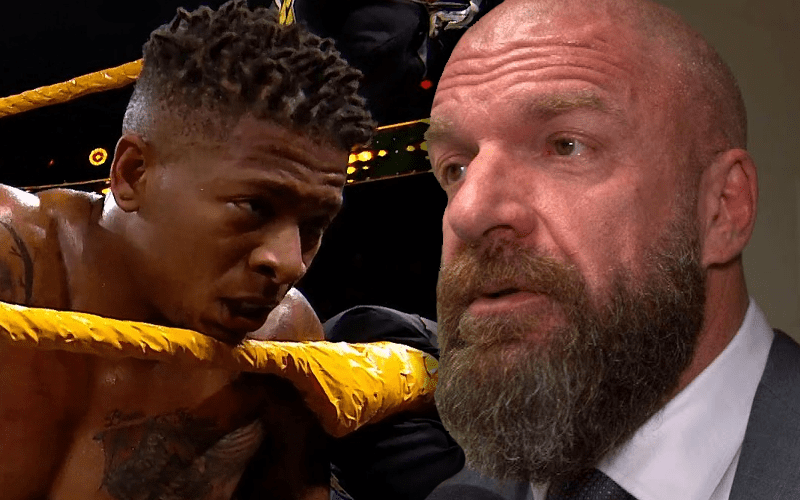 Lio Rush made a big return to the ring during NXT’s debut on the USA Network. Actually, it took place during the second hour when a ton of fans couldn’t watch on the WWE Network, but he’s still the #1 contender for the Cruiserweight Title.

After NXT was off the air, Triple H was asked about Lio Rush’s return during a teleconference. The Game admitted that they’ve been working on Rush’s return for a while and NXT’s big September 18th show was the perfect opportunity.

“No, it was something we’ve been talking about for a while. I’m just really excited, Lio Rush won. He’s just a phenomenal, energetic, and money performer to me. Thrilled that we get to put him on the show and have him showcase what he does. He and Oney tore it up and that’s what it’s about.”

Seeing Lio Rush return in this fashion was a great sign for his status in WWE. He is now first in line to get a shot at Drew Gulak’s WWE Cruiserweight Title. It just goes to show that you can never count anyone out in WWE.