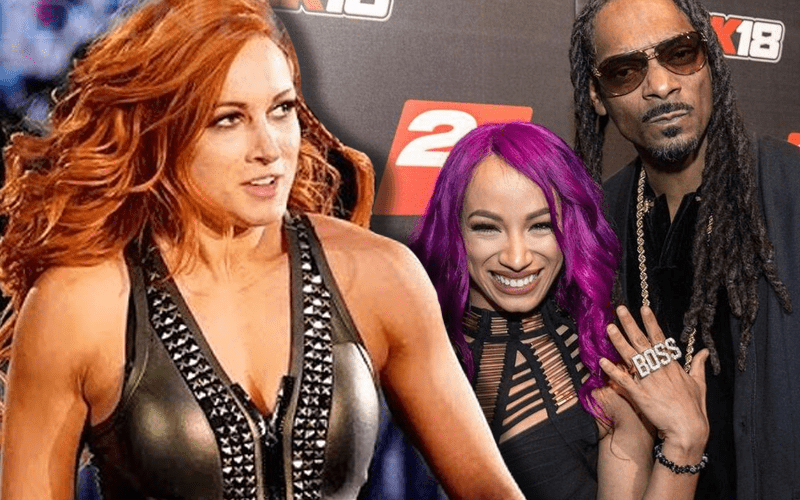 Sasha Banks and Snoop Dogg are cousins and Becky Lynch recently used this fact against The Boss.

The Man covered Sasha Banks with mustard at WWE Clash Of Champions. It was a pretty funny spot and a lot of fans made jokes about it. Now Becky Lynch is taking a stab at it.

Since some people put mustard on hot dogs and Sasha Banks is related to Snoop Dogg, Becky Lynch simply put two and two together.

The Man also included a short video of herself covering Sasha Banks in mustard to really give that joke a visual representation.

The rivalry between Lynch and Banks is far from over and as it turns out, neither are the puns.