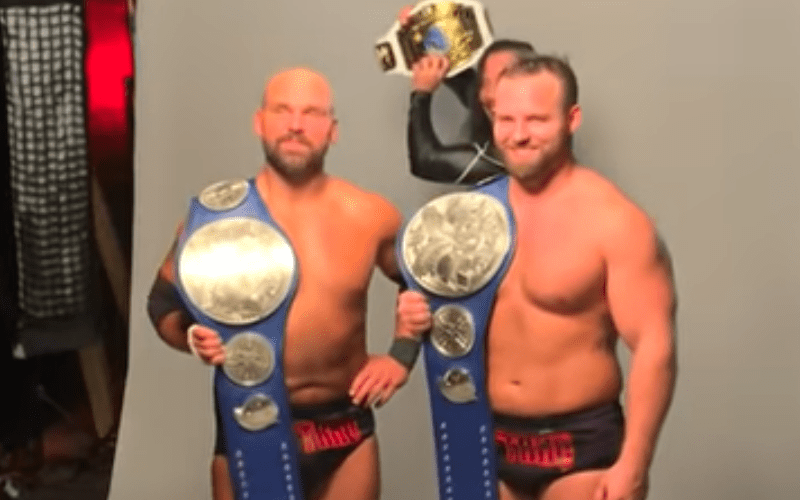 The Revival defeated The New Day at WWE Clash Of Champions and it was a rather unexpected moment. After their SmackDown Tag Team Title win, Dash Wilder and Scott Dawson got some official pictures taken.

The Top Guys appear to be joining their buddy Randy Orton on the blue brand now. Another person who they will be sharing a roster with is Intercontinental Champion Shinsuke Nakamura. It seems like The Artist is happy to have Dash and Dawson around as well.

Nakamura joined The Revival on the set of WWE’s photo studio backstage at Clash Of Champions and they snapped some great pictures of the three of them together. What The Revival did not expect was that Nakamura would come back for more.

You can check out the video below and see how Shinsuke Nakamura crashed The Revival’s big photo shoot.

We’re sure that WWE’s cameraman got enough good photos of The Revival, but the ones with Nakamura photo bombing the Top Guys might be the real keepers.