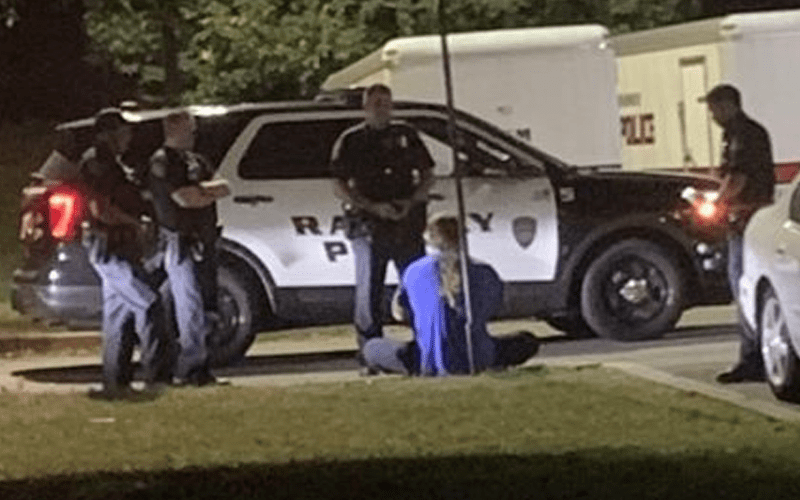 We have a rather troubling story to share this morning, because Big Cass reportedly lost it last night and the police needed to be called.

During Wrestling Observer Radio, Bryan Alvarez walked everyone through the course of events as they supposedly went down.

Big Cass showed up to an indie event last night and he was “belligerent.” He tried to start a fight with Joey Janela over the incident he had with Enzo Amore at a Blink-182 concert. Then things escalated.

“There were a lot of reports that he was out of his mind and I guess he threatened Joey Janela. He might have slapped him over the incident with Joey Janela and Enzo Amore at a Blink-182 concert earlier this year.”

“Then Big Cass starts getting really upset. He claims that somebody stole his jacket or his sweater or something. He starts threatening everyone in the locker room — ‘If I don’t find this sweater I’m gonna blah blah blah.'”

“I guess he got into a confrontation with Pat Buck. It was Pat Buck’s farewell show and Pat Buck was gonna be working the main event. They were doing a farewell even for him because Pat Buck is going to WWE to be a producer.”

It was said that Big Cass got in Pat Bucks’s face and “basically threatening him and Pat Buck responded by punching him and knocking him down.” At that point Big Cass was removed from the building and the police were called.

PW Insider also noted that the initial confrontation between Cass and Janela was defused “for a moment” by WrestlePro’s Kevin Matthews. It was also reported that Big Cass spat in Pat Buck’s face before Buck punched Cass down.

Big Cass was saying things that concerned the police enough that he was transported to the hospital. That is the last we know about this story right now.

Big Cass was just doing really well and then all of a sudden this happens. Let’s hope that everything turns out for the best.