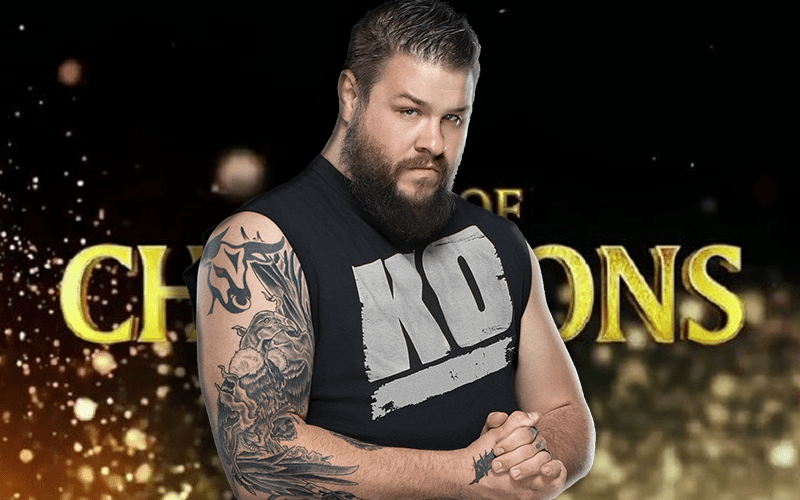 WWE Clash Of Champions is always an event where champions run the risk of losing their titles. Then again, you never really know what to expect in WWE.

Click here for our entire WWE Clash Of Champions results.

Becky Lynch put her Raw Women’s Title on the line against a newly returned Sasha Banks. The Boss came back to WWE with a ton of motivation and a straight-shot to the top of the roster.

This was a great match and escalated very quickly. Then the referee was taken out and all hell broke loose. The Boss and The Man fought all around the arena and then they ended up in the ring, but the match ended via DQ.

Becky Lynch was the one who accidentally whacked the referee with a chair and Kevin Owens was certainly paying attention. The recently fired Owens had his job threatened and fined for hitting Elias when he was in a referee outfit. So, he thought it was only fair when commenting:

Becky Lynch isn’t fired and this ending likely only means that Banks and Lynch will continue their feud through Hell In A Cell.

It is still rather humorous that Kevin Owens is poking holes in WWE’s creative logic in this way.