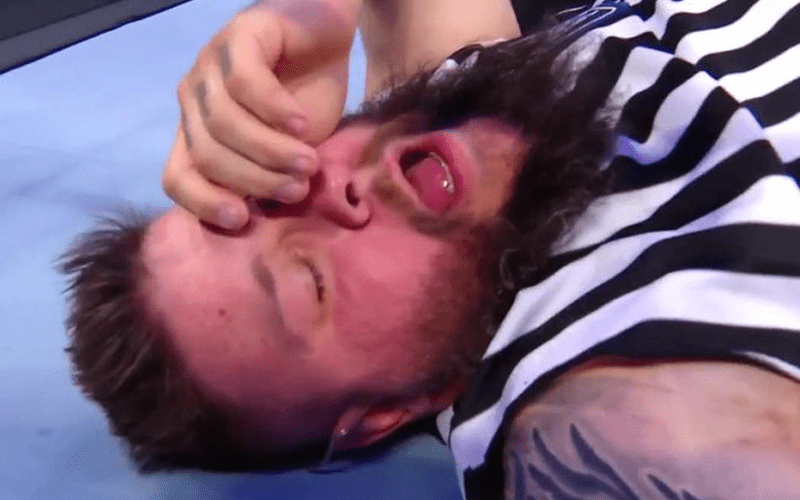 WWE brought a packed show to Madison Square Garden. It will definitely be a night that Kevin Owens won’t soon forget.

Shane McMahon really wanted to sneak into the King Of The Ring quarterfinals and get into the final match of the tournament. This is why he inserted himself into the match and appointed Kevin Owens as the special referee.

McMahon told Owens that he will reconsider the $100,000 fine that he has hanging over KO’s head if he helped him out as well. When it all came down to brass tacks, Shane McMahon tapped out to an ankle lock from Chad Gable.

McMahon was so enraged over Kevin Owens’ officiating that he jumped the former Universal Champion and promptly fired him. We’re not sure what is next, but SmackDown Live ended this week from MSG with Shane McMahon pummeling Kevin Owens while yelling, “You’re fired!”