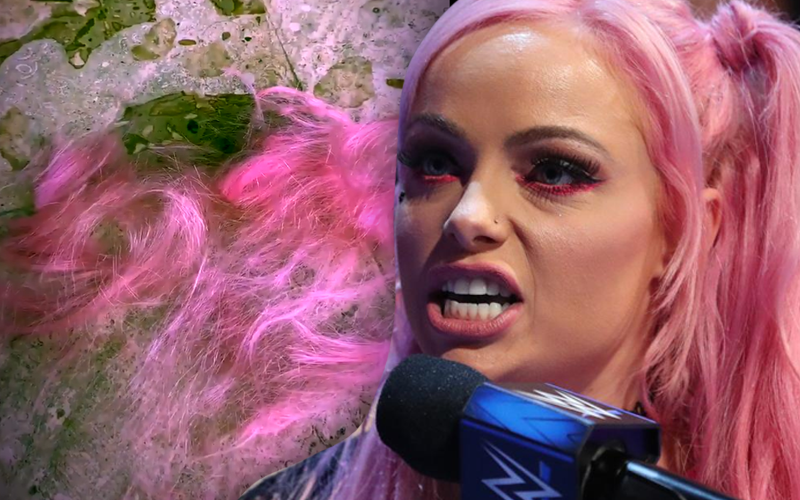 Liv Morgan kind of lost it the last time anyone saw her on SmackDown Live. She said that the next time we saw her, she’s going to be real. Now she might have shorter hair.

Morgan was recently spotted sitting in the rain. Apparently, she was deep in thought as the rain cleansed her. Now she has apparently cut off a good portion of her famous pink hair.

The former Riott Squad member recently uploaded a video where we didn’t see her, but we did hear scissors and we saw pink hair falling. We can only assume that this means she cut her hair.

Two days ago, she tweeted out that she did “something.” Some fans thought this had something to do with her transformation and they might have been right.

We’ll just have to wait and see if Liv Morgan’s hair is shorter the next time we see her.