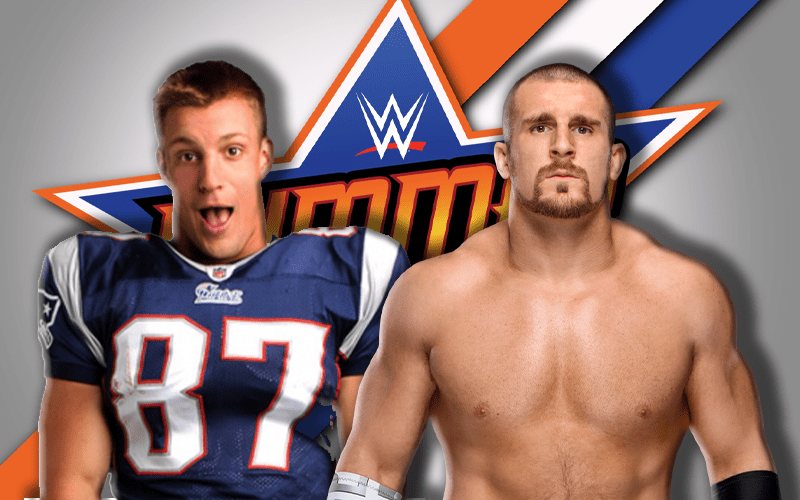 Mojo Rawley likes to have a lot of fun and he would also love to have his old friend Rob Gronkowski around in WWE. Let’s just see if that will happen.

While speaking to TMZ, Mojo Rawley didn’t seem too worried about Rob Gronkowski’s playful banter about beating him up. After all, Mojo and Gronk have a lot of history together.

Rawley went on to say that there is interest in teaming with his old friend and teammate Rob Gronkowski. After all, WWE is bringing SummerSlam to Boston next year. So, a former New England Patriot might be a huge draw for the biggest party of the summer.

“We’ve been talking about doing a tag match together for really long time. SummerSlam is in Boston next year. It’s gonna be a huge event. That might be the one. Talking to Robbie G, I know he’s been saying he wants to do a tag match, me and him versus whoever. We got some awesome tag teams in WWE. Whoever want it, can get it.”

This is an interesting thing to consider, but we’re not sure if it’s possible. It really boils down to what Gronk wants to do.

WWE doesn’t seem to be using Mojo Rawley much so it’s very likely that he would be more than happy to this match if WWE can arrange things.