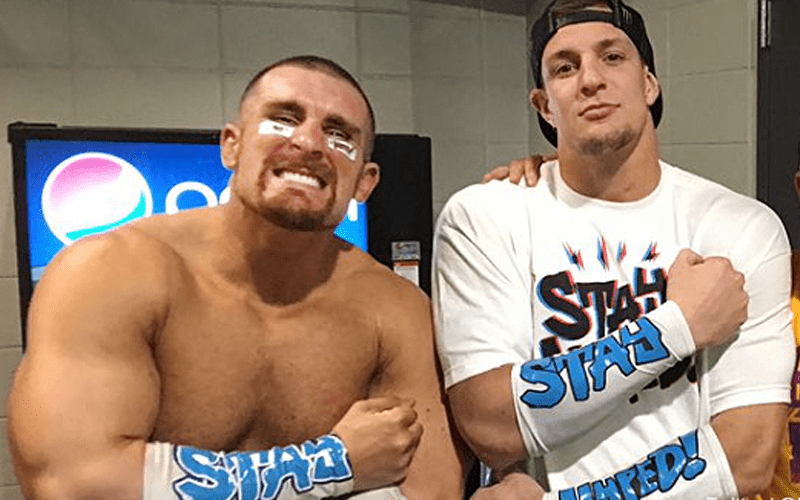 Rob Gronkowski threw a little dig at Mojo Rawley a few weeks ago and now Mojo is getting a chance to reply back.

Gronk talked to TMZ when the former New England Patriot admitted that he would consider inking a deal with WWE under one condition. He wants to get his hands on Mojo Rawley and he didn’t think he would have any problem destroying him.

Mojo and Gronk are old friends and they go back a very long time. That competitive nature still runs thick between the two former teammates.

Rawley talked to TMZ today where he welcomed Rob Gronkowski to bring it on.

“You know sometimes Gronk says something he doesn’t mean like calling a guy a wimp when he could blatantly kick the crap out of him. I mean, these are just things that come out of his mouth that have no meaning.”

Gronk has been calling himself “Mr. Recovery,” but Mojo is more than welcome to “put that to the test when I stomp him the hell out.”

It sounds like these two good buddies might have a little friendly rivalry going on outside the ring. Let’s just see if the proper contracts are ever signed so we can see it happen in the squared circle.