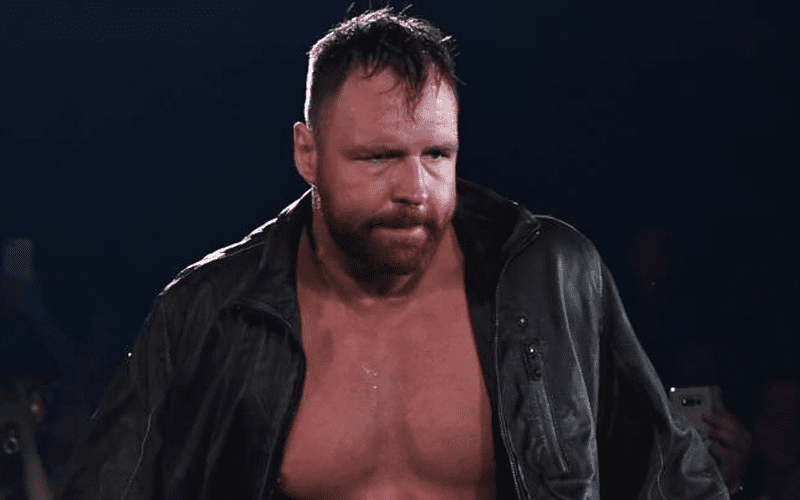 Jon Moxley couldn’t compete at AEW All Out because of a MRSA infection on his elbow. This was a nasty situation that was also pretty disappointing all around.

Renee Young, Mox’s wife, really wants her own cooking show. She has spoken about this before and uses Instagram at times to explore this dream. While teaching her Instagram fans how to make a chicken, Renee Young panned the camera up to reveal her husband for a moment.

Jon Moxley was at the refrigerator in full elbow protection as he recovers from his MRSA procedure. Obviously, this was quite a serious situation seeing how much gear his elbow was in.

The video was recorded on September 7th. We know this because Young didn’t delete the date from a few videos as she gave fans step-by-step instructions on how to prepare that scrumptious chicken.

You can check out the video below to not only get a look at Renee Young’s delicious looking chicken, but also Moxley. He didn’t seem prepared to have a camera pointed at him either, but other than the apparatus on his elbow, he still looked pretty good.

Hopefully, Jon Moxley’s elbow will heal up and be 100% for AEW’s TNT debut on October 2nd. He is promoted for the debut episode as well as several other dates for AEW’s weekly television show.