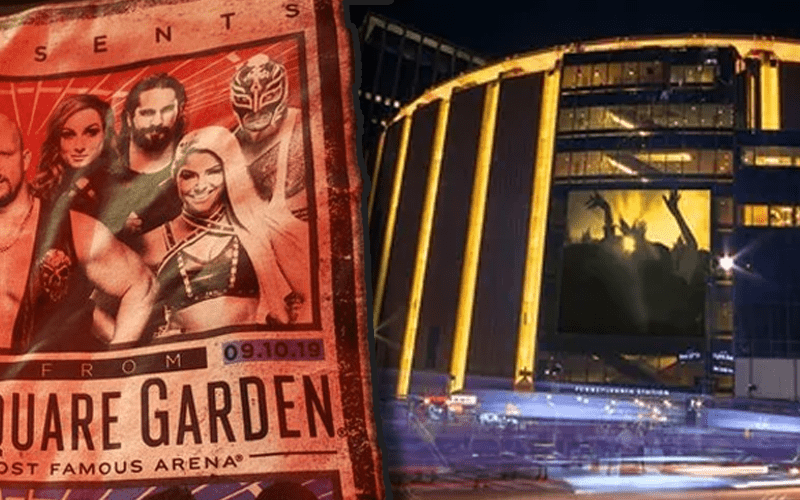 WWE likes to merchandise for an event and they’re going all out at Madison Square Garden.

We previously reported that The Undertaker is getting his own New York City t-shirt tonight at Madison Square Garden. Taker’s NYC merchandise is available online. He’s not the only one getting the MSG merchandise treatment.

Steve Austin got a couple pieces of merchandise in his section of the WWE shop as well.

There is one piece of merch that hasn’t landed on the online store as of this writing and it’s pretty nice.

WWE is selling a double RAW and SmackDown Live t-shirt for Madison Square Garden. That t-shirt is likely to be a top seller in the venue for fans who want people to know where they were on September 9th and 10th this year.

These t-shirts might land on WWE’s online store eventually, but we’d imagine that the live crowd in New York City gets first dibs.

You can check out a picture of the merch below thanks to Balor Club Guy.