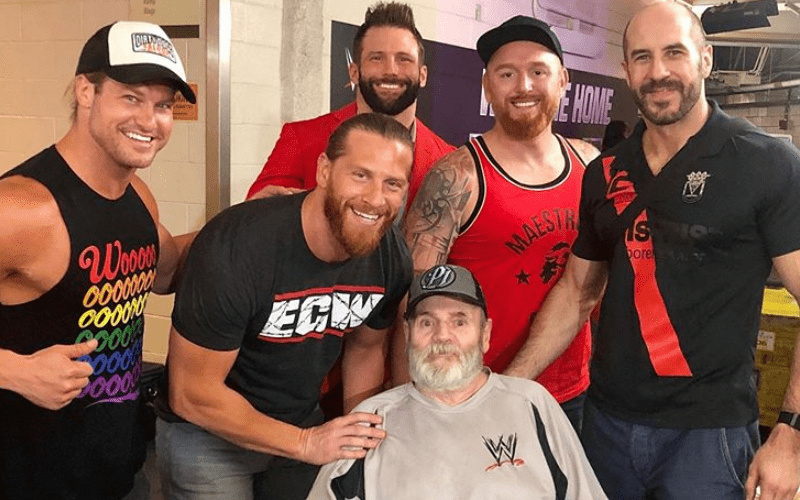 WWE is in Madison Square Garden tonight and it looks like some familiar faces were definitely around.

Howard Finkel was said to be suffering from a bad situation after having a stroke. There was a time when things were concerning for The Fink, but he had a great day today.

The legendary WWE announcer was spotted backstage. Curt Hawkins put up a great group photo of himself with Fink, Cesaro, Heath Slater, Zack Ryder, and Dolph Ziggler. They took quite a photo.

Finkel is still confined to a wheelchair, but he looks very happy and it’s always great to see him. He also has a nice beard game going now which we have to respect.