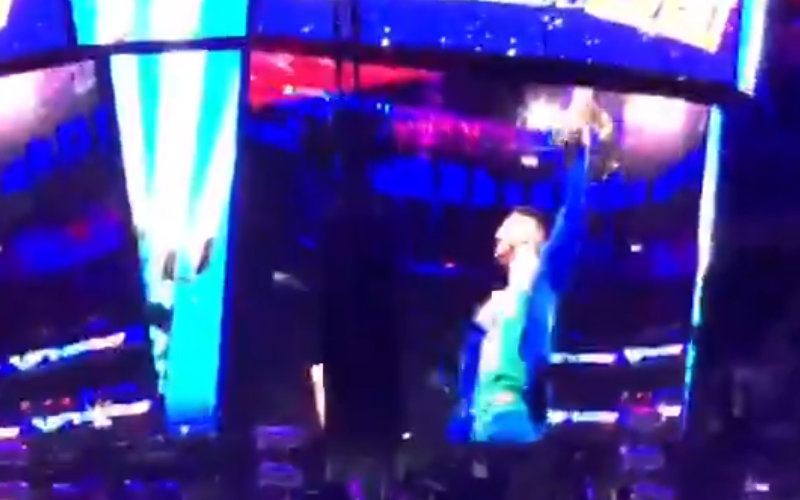 The WWE 24/7 Title can be won anywhere at any time. All you need is a referee. Now R-Truth lost his title to Enes Kanter.

Before RAW kicked off, Kanter came out and he got a huge boo from the MSG crowd. After all, Kanter did leave the Knicks and now he’s back for RAW.

R-Truth came out and then after a little interaction, Kanter pinned R-Truth to win the WWE 24/7 Title.

This was a big unexpected moment that took place minutes before the show actually went live on the air. The title reign for Kanter didn’t last long though because R-Truth pinned him with a schoolboy and won his title back before running away.