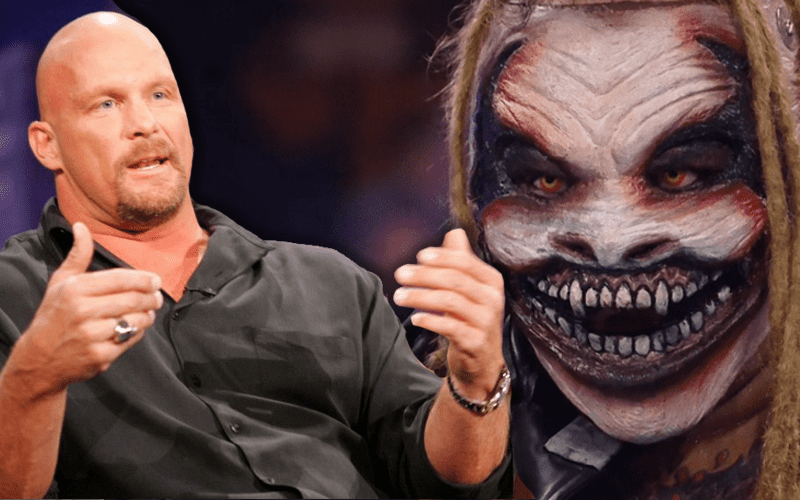 A lot of things are possible in the pro wresting world. One thing that we can never be quite sure of is when Bray Wyatt will strike next.

WWE will bring RAW to Madison Square Garden this week. Steve Austin is also set to be there to oversee a Universal Title contract signing between Seth Rollins and Braun Strowman.

Bray Wyatt is already reportedly set to face the winner of Seth Rollins and Braun Strowman’s battle at Clash Of Champions. Since Bray Wyatt seemingly has a match already lined up for Hell In A Cell then that makes him a part of the Universal Title picture.

We previous reported that Bray Wyatt tweeted out a quote from Sister Abigail which said: “A rattlesnakes skins’ the same color as the leaves, she said. You gotta get them before they get you.” Fans are immediately latching onto the entire Steve Austin analogy.

There is a rumor circulating out there on the IWC that WWE is planning for Wyatt to attack Austin on tonight’s show. This rumor is pretty interesting, especially considering “Stone Cold” Steve Austin’s retired status.

It is rumored that Austin is now cleared to take bumps. Of course, he doesn’t have to take a bump in order to eat a Mandible Claw, but The Rattlesnake did take a Stunner from Becky Lynch recently.

We will just have to wait and see what happens next, but some fans are really breaking down Wyatt’s tweet mentioning “rattlesnakes” to imply that he was talking about Steve Austin.