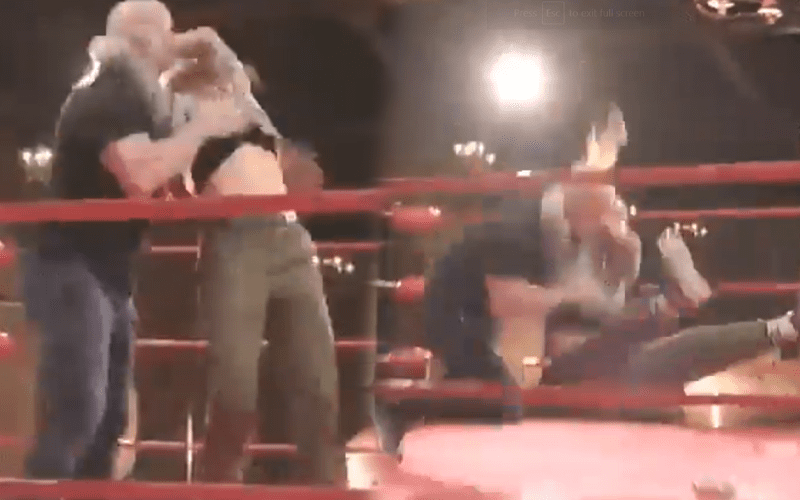 Becky Lynch and “Stone Cold” Steve Austin had a great time on his talk show. It all built to The Man and The Rattlesnake getting in the squared circle together.

Lynch ended up delivering a punishing Stone Cold Stunner to Austin just like he used to pull off so many times a night during the Attitude Era. It was a pretty great little clip which you can check out below.

Austin had a mouth full of beer and spit it out as he took the bump. This is certainly not something we expected to see when Becky Lynch appeared on Straight Up With Steve Austin.

Kevin Owens is currently using the Stunner with Austin’s blessing, but The Man has a pretty effective version as well.