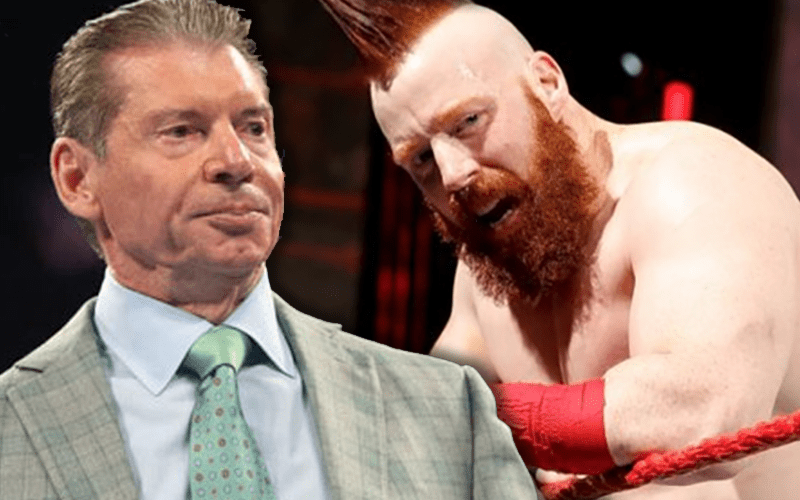 Sheamus is in great shape now thanks to his Celtic Warrior Workouts, but there was a time when he was trying to bulk up.

While speaking to E&C’s Pod Of Awesomeness, Sheamus told a story about when he was trying to get bigger. He did whatever he could and used WWE’s largest Superstars as measuring sticks to determine how big he should be.

Then all of that suddenly came to a shattering end when Vince McMahon pointed out his weight. This convinced Sheamus to start cutting the pounds which ended up paying off in a big way so far.

“At one stage, I was kind of thinking, ‘man, I should bulk up!’ Like, I was seeing a lot of guys in there and ‘how do I get back?’ At one time, I was pretty much one of the biggest guys in there, like, not ‘I’m a giant-wise,’ but I was, like, size-wise, bulk-wise, and I was like, ‘yeah, I should bulk up again.’ And I kind of bulked up. I was seeing, like, Brock [Lesnar] and Braun [Strowman] and all these lads, and I’m thinking, it just got to a point where I didn’t look good, mate. Just like I put on a lot of weight, but I was carrying a lot of body fat and I just kind of lost control of where I was at.”

“It also started because I came back from holidays in Ireland and me and Cesaro were walking by Vince and Vince goes, ‘hey Sheamus!’ I said, ‘yeah?’ He goes, ‘enjoyed the holidays, huh?’ and he was looking at me in the gut and I was like, ‘okay, that’s it. That’s it. I need to do something about it.’ But that was the change in gear and Cesaro will tell you as well. Cesaro knew right away when that comment was made. I just put too much weight on, man.”

We are still waiting for a return to the ring for Sheamus. During that same interview, the former WWE Champion said that he’s ready for a return if they will give him a call. Hopefully, that will be soon because WWE could certainly use anyone with veteran ability on the roster right now.