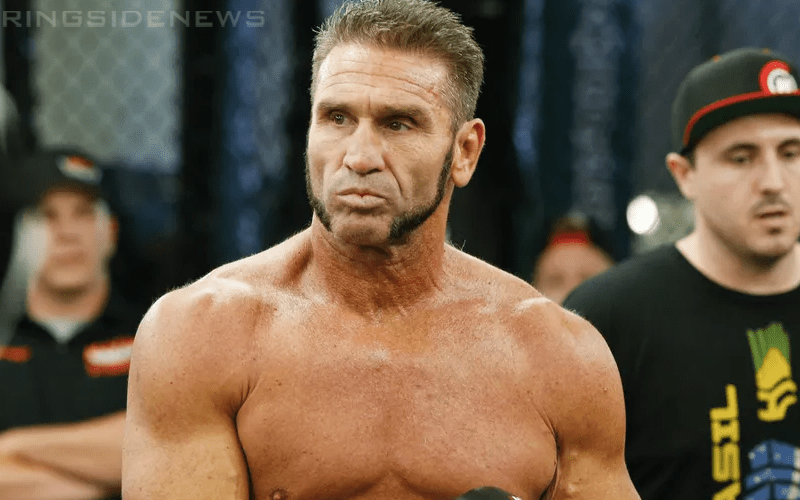 Ken Shamrock is returning to the ring for Impact Wrestling and that’s always exciting for fans of The World’s Most Dangerous Man. Some fans might not be too thrilled.

One fan commented on a picture of Ken Shamrock and Dan Severn calling them two of the best. Then another fan made a comment that Shamrock did not appreciate one bit.

“In the words of Brock Lesnar… party if over grandpa.”

Ken Shamrock was tagged in this post and he read the above comment. Then he replied in a way that this doubting fan probably didn’t see coming at all.

We’ll just have to see how Ken Shamrock looks in his return to Impact Wrestling. It is certainly exciting enough of a prospect to consider.

We’ll just have to see how things turn out, but if you’re going to badmouth Shamrock it might be a good idea to make sure he’s not tagged in the post.