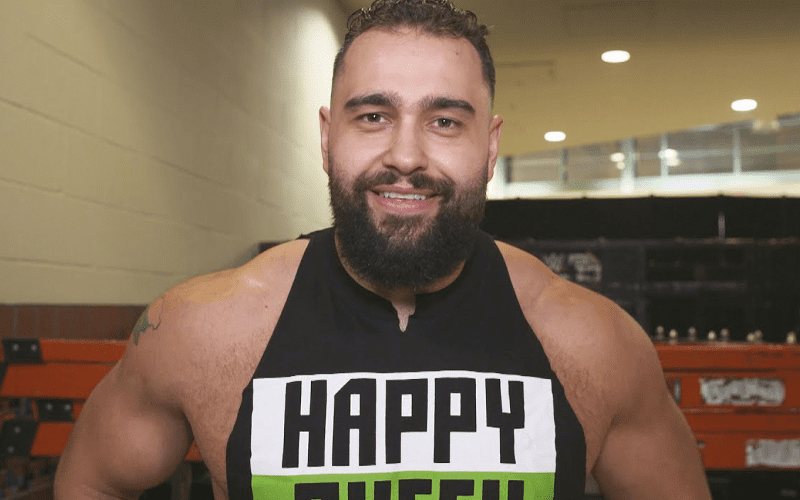 Rusev quietly disappeared from WWE television, but his fans still really miss seeing him. Perhaps the next time Rusev appears on WWE television he will have a bit more polish on his acting skills.

It’s anyone’s guess what Rusev’s facial hair game will be like when he returns as he’s sported a mustache off and on a couple of times in recent memory.

While on his WWE hiatus, Rusev has apparently been taking acting classes. He was featured in a group photo uploaded by someone who claims to be studying 18 hours a week away from class in the group.

“We took a selfie to send to our acting coach so she knows we really are rehearsing 18 hrs a week outside of class.”

It looks like everyone was having a great time in the photo. We don’t have a clear look at what script they are rehearsing, but Rusev seems to have a lot of lines highlighted.