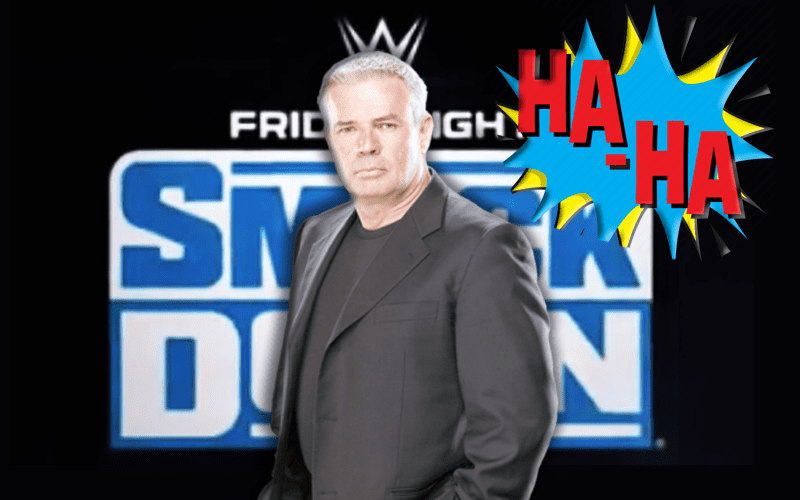 WWE is planning another draft in October and it will come just after they settle into their new television contracts. Hopefully, this will give WWE’s new Executive Directors a chance to get to know their rosters a bit better.

Eric Bischoff is still Executive Director on SmackDown while Paul Heyman has the same role on Raw. The difference is that Heyman seems to be much more active with the roster right now.

Dave Meltzer explained WWE’s reasoning for the upcoming draft during Wrestling Observer Radio. He also revealed that there is currently a running joke backstage in WWE about Eric Bischoff and how little he knows about the current product.

“That’s the plan right now, yeah is to do that with the draft so they can re-shuffle the rosters. Paul Heyman can get a few of the guys he wants — Bischoff, if he knows who the people are on the roster maybe he figure out who he wants. It’s been one of the running jokes that Bischoff doesn’t even know who the talent is yet, but there you go.”

Eric Bischoff wasn’t watching WWE upon the time of his hiring. This is something he didn’t keep a secret at all. Let’s hope adjusting to his new role as Executive Director of SmackDown means that he will be learning who the Superstars are on that brand.

Now that we know this information it’s no wonder why Eric Bischoff hasn’t had his hand in the brand’s creative direction yet.