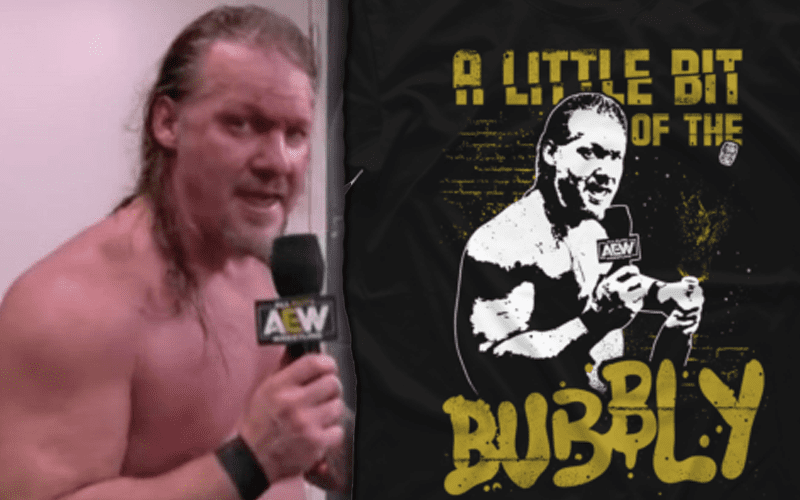 Chris Jericho has turned a lot of different catchphrases into pure gold in the past. Who would have thought that drinking booze after a big win would turn into such a phenomenon?

True, Jericho losing the AEW World Title certainly helped with the memes, but “A Little Bit Of The Bubbly” is now something that is not only catching on, but it’s marketable as well.

Jericho now has an official t-shirt that says “A Little Bit Of The Bubbly.” You can check it out here and yes, it is real.

We’ll just have to see what other kind of amazing merchandising AEW will pull off as the years go by. With ProWrestlingTees working in such close partnership with the company it’s likely that they will be coming up with a ton of merchandise featuring future inside jokes.