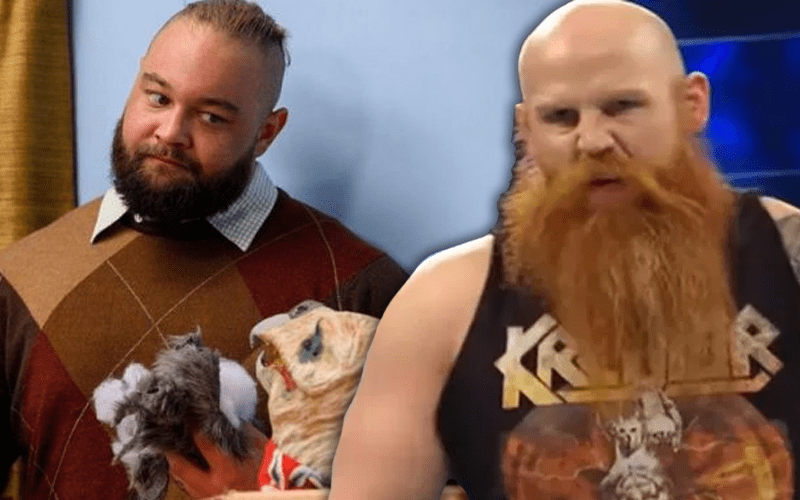 Erick Rowan is really getting a chance to shine on his own right now and it could very well build toward creating a new monster heel for WWE. That won’t keep Bray Wyatt from missing his white sheep.

Rowan is currently slated to face Roman Reigns at Clash Of Champions. He tweeted out “I’ve got no strings to hold me down,” along with a very creepy visual.

Bray Wyatt might have his own goals in WWE right now, but he obviously misses having Rowan around. The Eater Of Worlds tweeted back saying: “Come home baby boy.” We’ll just have to see if Rowan gets his message.

Erick Rowan could be entering into a new phase for his character. He cut his own promo this week on SmackDown and he delivered on it pretty well. He is also a very dominating force to be reckoned with.

That won’t stop Bray Wyatt from missing his old follower.