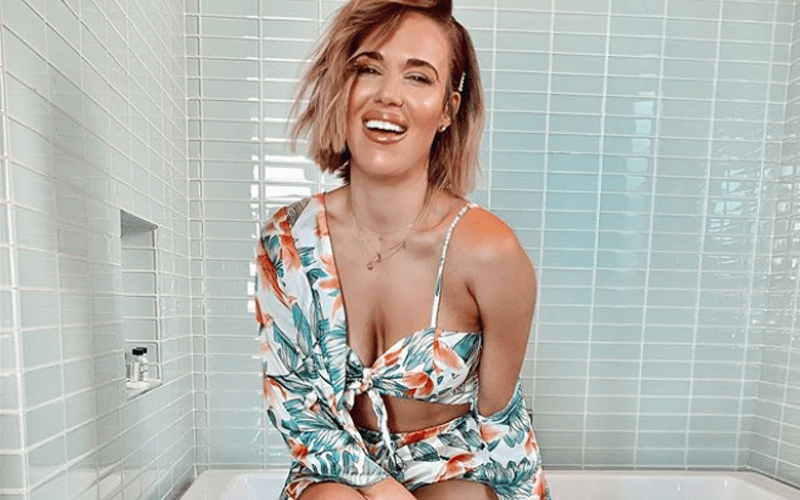 Lana is no longer on Total Divas which is a real drag for her, because she apparently really enjoyed showing off her flaws.

In a strange twist, the reason why Lana and Rusev were supposedly moved out of Total Divas had to do with how they scored in focus groups.

While speaking to CH2 Magazine, Lana discussed the double standard that exists in the media where women couldn’t be leading heroes and how that idea changed. Then Lana revealed that she likes social media and reality television so much because she can represent a realistic version of her own life. She wants to show younger audiences that it’s not all about being perfect for Instagram.

“WWE reaches over a billion people on social media, and it’s crazy to think that so many people follow me and that I can influence others. I believe in working hard and also playing hard, and I like to show that on social media. I try to keep it real.”

“I really love fashion and beauty, and I like to show that a lot on Instagram. So often, people paint this picture of perfection with all the apps and the edits, and that’s great; let’s make a flawless picture, but let’s also show reality as well. I love to dress up, put on makeup, and put different wigs on, but, in life, sometimes your wig might fly off, and I’m not afraid to show that. I think it is funny.”

“Let’s show that we don’t always have perfect skin or maybe the wig is ungluing, and let’s laugh. Growing up, my brothers would always tell me, you’re only funny to laugh at. But now I have realized that if I am making people laugh and I’m laughing too, that’s all that matters.”

We’ll just have to be patient and see if Lana will ever return to WWE television. Odds are she won’t be far behind if Rusev comes back, but so far we’re still waiting to see The Bulgarian Brute’s return as well.