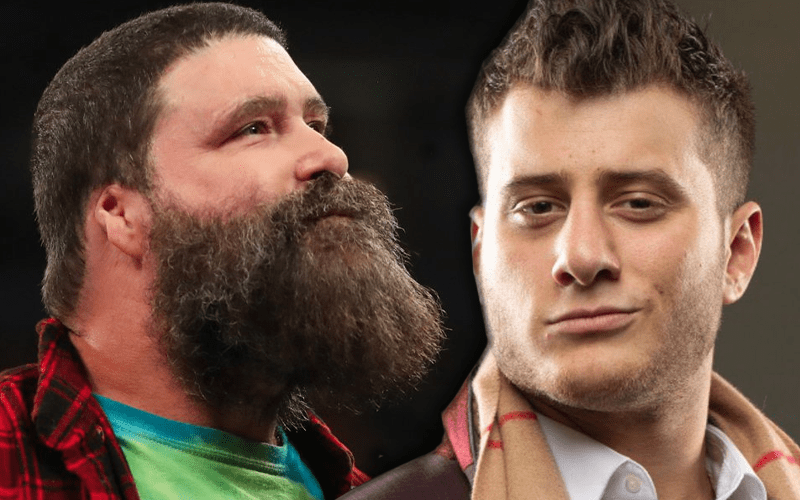 MJF’s stage show at Starrcast III was a very entertaining insult comedy routine, but they didn’t do everything that they had planned.

We previously reported that MJF blocked one Chris Benoit fan from making a possible statement, but there was something else very interesting that was nixed.

Fightful Select reports that there were initially plans to have Mick Foley on stage with MJF during his live stage show. The problem was that they didn’t know what they would do without making either of them look bad which was not the intention.

Mick Foley was pitched a spot for the MJF stage show, but wasn’t sure how they’d get out of it without one of them looking bad.

Perhaps Mick Foley or MJF will someday discuss what some of those initial plans were for Starrcast III, but they obviously didn’t get to play any of them out on the Chicago stage.