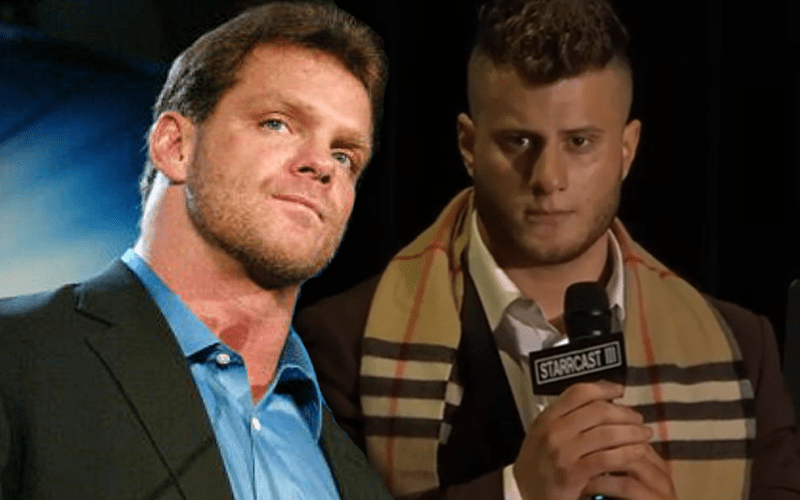 MJF draws a ton of heat where ever he goes, but it turns out that a line does exist that Maxwell Jacob Friedman won’t cross.

Fightful Select reports that MJF refused to feature a fan on his live show because he was wearing a “Chris Benoit Club” t-shirt. He actually said something about not letting the guy on his show “while wearing that shirt” while on Fite TV, but they never showed the fan.

Fans at home had no idea what MJF was referring to and could only assume it was a Shawn Spears t-shirt that he was talking about. Apparently, that was not the case at all.

It is reported that Fite’s Mike Weber ‘applauded’ MJF for making this decision. It was actually very quick thinking on MJF’s part because he had to have read that t-shirt very fast to make that split decision to reject a fan based on his t-shirt and the odds that the camera might shoot him for Fite TV.

Chris Benoit was talked about during Starrcast III as Dean Malenko discussed their friendship, but MJF wasn’t having any of it during his show.